Continue to Variety SKIP AD
You will be redirected back to your article in seconds
Sep 14, 2016 5:04pm PT 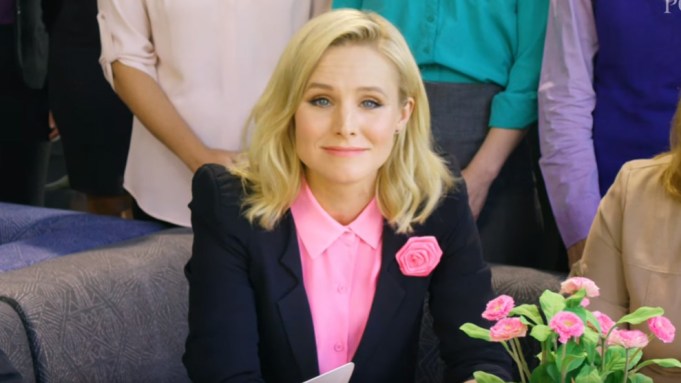 Kristen Bell has a new business strategy for big businesses looking maximize their output while cutting cost: “Pinksourcing.” The perfect candidates for the job(s): Women.

“Why outsource all of your production to far away countries like India, China and Narnia when we have the cheapest and the best work force right here in the good ol’ US of A; Women,” Bell says in a new short film.

“You don’t have to pay women over time, they’ll never ask for a raise and they don’t complain about their working conditions,” Bell jokes as the camera pans to a woman working on the floor wearing a head light.

Bell pokes fun at the gender pay gap in America and reasons that women are the cheapest labor and “are the only ones that’ll bring baked goods into the office.” She also mentions that there is no reason for women to be upset for making $30,000 less than men because the bathrooms are stocked with free tampons.

Bell is only the latest to put her voice into the gender pay gap debate. Jennifer Lawrence, Sandra Bullock, Patricia Arquette and Kerry Washington have also spoken out about the inequalities.

“Pinksourcing” is produced by the HuffingtonPost and is the first episode in a series called “Celebs Have Issues.”