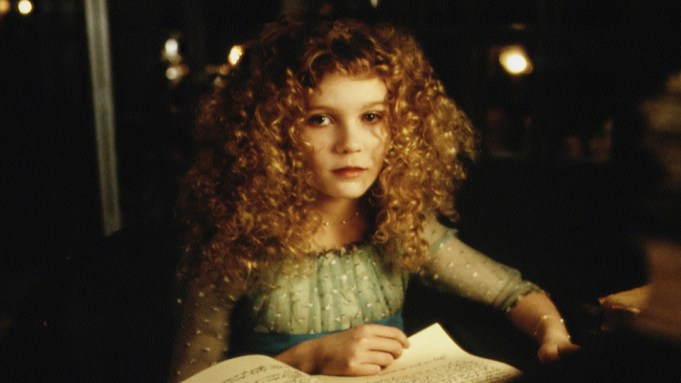 Kirsten Dunst may not have been the lovable vampire Claudia in “Interview With the Vampire” if it were not for her acting coach.

Dunst sat down with Rami Malek for Variety‘s and PBS’ fourth “Actors on Actors” series and revealed that her coach made her re-do her audition after a not-so-perfect performance.

“I was with my coach,” she recalled. “He was outside of the room. He listened on the door to hear, like, what I was doing. And he knows I didn’t nail it. And I walked out, and he was like, ‘No, you go back in there.’ He’s like, ‘Apologize to the casting director.’ He’s like, ‘She didn’t do what she can do.'”

Dunst lamented auditions overall and, with 72 credits to her name, she said it is still “the most stressful thing to me on the planet Earth.”

“When I used to audition a lot I had little things I would do, like get up, turn around — like, have little things that people would remember you by,” the actress said. “Now, it’s like I don’t have that trick bag and if I don’t get it, I’ll feel like an extra failure because I have a body of work.”

“Mr. Robot” star Malek feels differently. “I like going in there because it’s like a proving ground. You get to test some things out,” he said.

PBS SoCal will premiere “Variety Studio: Actors on Actors” in two episodes, one on June 12 and the other on June 19. It will be available to stream on Variety.com.