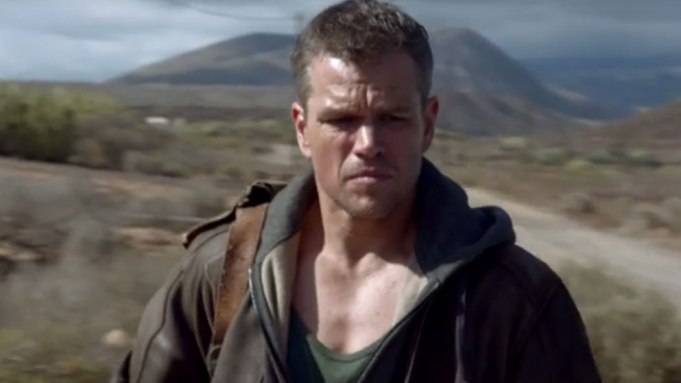 The first trailer for Matt Damon’s “Jason Bourne” debuted during Super Bowl 50, giving fans a look at the upcoming thriller.

The sequel sees Damon and director Paul Greengrass (who helmed “The Bourne Supremacy” and “The Bourne Ultimatum”) re-teaming to bring the famous spy out of retirement. It’s been nine years since Bourne appeared on the big screen — the upcoming installment marks the fifth film in the franchise.

“I know who I am,” says Damon in the clip. “I remember everything.”

The series started in 2002, with “The Bourne Identity.” The last movie in the series came in 2012 with “The Bourne Legacy.” However, neither Bourne nor Damon appeared in that film. Jeremy Renner starred as Black ops agent Aaron Cross.

Julia Stiles is set to return to the series, reprising her role as Nicky Parsons. “Ex Machina” and “The Danish Girl” actress Alicia Vikander, Tommy Lee Jones and Vincent Cassel will make their debuts in the franchise.

The trailer also marks the reveal of the movie’s official title, which had been kept secret ahead of the Big Game. “Jason Bourne” will hit theaters on July 29.