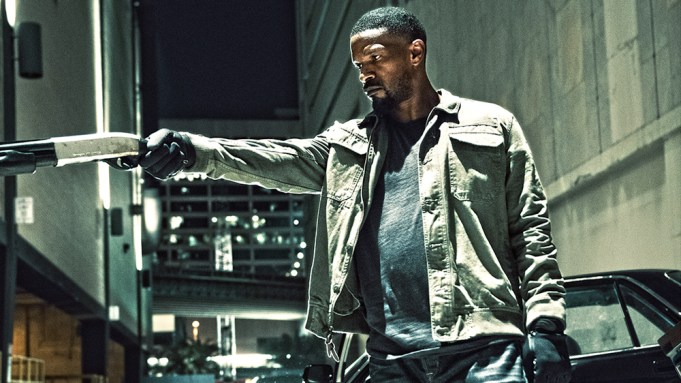 Jamie Foxx faces off against ruthless gangsters who have kidnapped his son in Open Road’s gunfire-laden first trailer for “Sleepless.”

“You touch my son, I’ll kill you,” Foxx, who plays a tough-as-nails undercover cop in Las Vegas, declares.

“Sleepless,” a remake of the French thriller “Nuit Blanche,” follows Foxx’s character as he tackles multiple worst-case scenarios over the course of a single night — a web of corrupt police officers, a powerful drug lord, and the mob-controlled casino underground all while tracking down his son while evading an internal affairs investigation led by a no-nonsense Michelle Monaghan.

“A big bad policewoman. I like that,” he tells her.

“Sleepless” opens in theaters on Feb. 24.