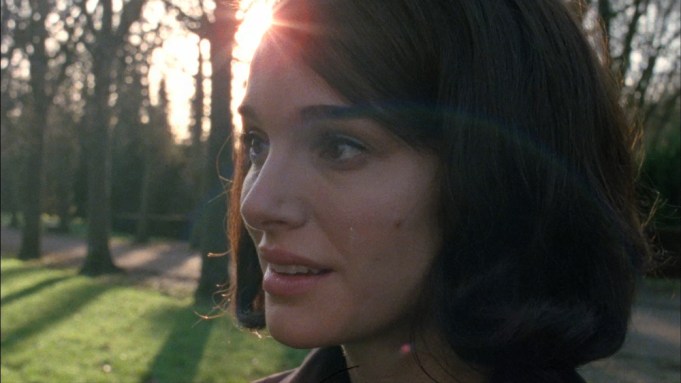 In a new featurette released by Fox Searchlight, the cast and creative team of “Jackie” examine writer Noah Oppenheim’s deeply moving script and how the project arose from the page to the screen.

As one of the year’s breakout films, critics have applauded not only Natalie Portman’s humbling performance as Jacqueline Kennedy Onassis, but also Oppenheim’s script, which was awarded best screenplay at this year’s Venice International Film Festival.

In his review of the film, Variety‘s Guy Lodge described the script as “remarkable,” also adding that it “takes the most startling liberties with Jackie’s fiercely guarded privacy.”

“‘Jackie’ started with Noah Oppenheim’s script. He was a first-time screenwriter,” Darren Aronofsky, who produced the film, says in the featurette. “He had a unique background being a producer of the ‘Today Show’ and then suddenly brought this incredible screenplay.”

Much of what happened in the White House immediately following John F. Kennedy’s assassination is unknown, as Onassis protected her and her family’s privacy. However, Oppenheim used his imagination to create a fantasy of the Kennedys’ final days in Washington, D.C.

“I’ve always been fascinated by the Kennedys, and specifically Jackie’s role in crafting the mythology of that family,” Oppenheim says, adding, “When you’re trying to imagine what might have existed in the gaps, my goal was always to try to ground that imagination in some reality of who she was.”