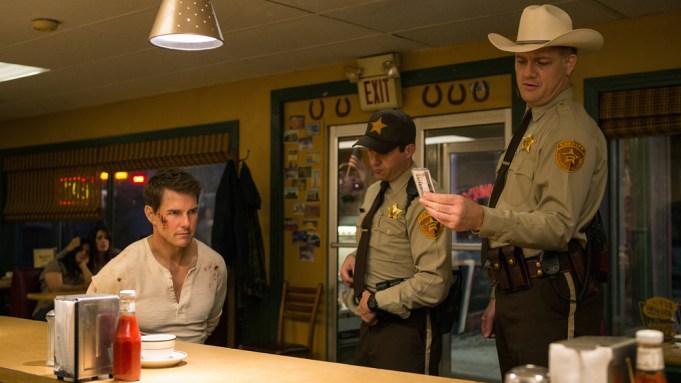 Jack is back in the trailer for Tom Cruise’s “Jack Reacher: Never Go Back.”

Cruise’s vigilante kicks butt and takes names in the action-packed teaser, released by Paramount on Wednesday.

“Two things are going to happen in the next 90 seconds,” he says after being handcuffed by police for beating a group of men with his bare hands. “First, that phone is going to ring. Second, you’re gonna be wearing these cuffs on your way to prison.”

His prophecy comes true, to say the least.

The sequel to 2012’s “Jack Reacher” follows the title character as he returns to Virginia to meet Cobie Smulders’ Susan Turner, the head of his former unit.

“You’re a legend,” Turner tells him. “People wonder why you left.”

Reacher soon finds that Turner’s missing and he’s being charged with a crime committed nearly two decades ago. The former military cop heads on a cross-country chase to uncover the truth behind the espionage conspiracy — and maybe even a family.