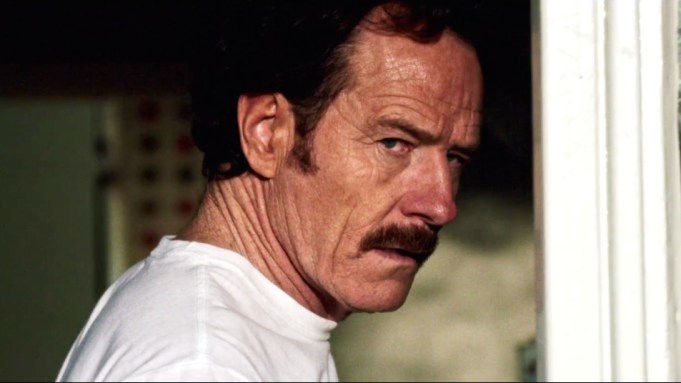 “This is what I do — I’m an undercover narcotics agent,” Bryan Cranston declares at the beginning of Broad Green’s new trailer for “The Infiltrator.”

Cranston portrays undercover U.S. customs agent Robert Mazur, who became a pivotal pawn for drug lords in the 1980s after cleaning their dirty cash by trading on mob connections. He eventually becomes a confidant to the international underworld and the bankers who enabled them. The operation reeled in key players in a chain stretching all the way to Pablo Escobar, with arrests leading to the collapse of the Bank of Credit and Commerce International.

The trailer, featuring dozens of quick cuts and plenty of gunplay, begins in a drug-soaked Florida in 1986. When Cranston’s character isn’t looking through a graveyard to find an identity he can use, he descends into a world of smugglers and dealers offering drugs and women for the night.

“She’s my present for you tonight,” one declares.

“But I’m engaged,” he protests.