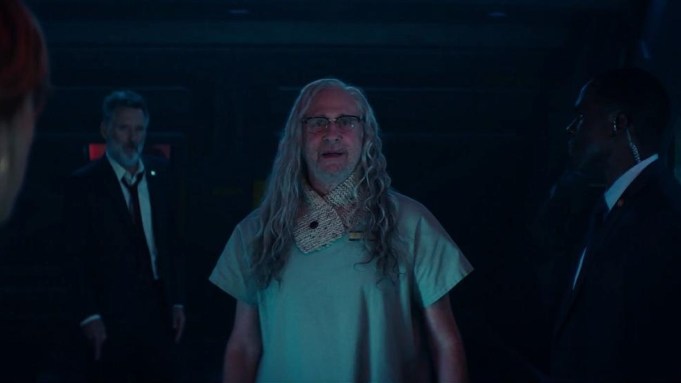 That’s what many “Independence Day” fans were asking when seeing the return of Brent Spiner’s Dr. Brackish Okun in the upcoming sequel, “Resurgence,” who seemed dead after a brutal alien encounter in the first film. However, Fox released a new documentary-style promo this weekend to show that fans shouldn’t have jumped to conclusions.

The clip compares Okun to historic geniuses such as Stephen Hawking, Carl Sagan and Albert Einstein before taking a look back at his life. Okun excelled at some subjects, while being not-so-great at others, during his time as a student at the California Institute of Technology, before having a major impact in the alien v. humans war of 1996.

It then touches on that fateful alien encounter that seemingly killed Okun. The narrator explains that Okun has actually been in a coma for the last 20 years.

“Now we hold out hope that this renowned genius isn’t done yet,” says the narrator. “He’s simply waiting to return. The earth might need a hero once again.”

Well, rest assured. In a previously released clip (spoiler alert?), Okun is seen “very much” alive, awaking to the sound of aliens. For the scientist, it’s like nothing ever changed.