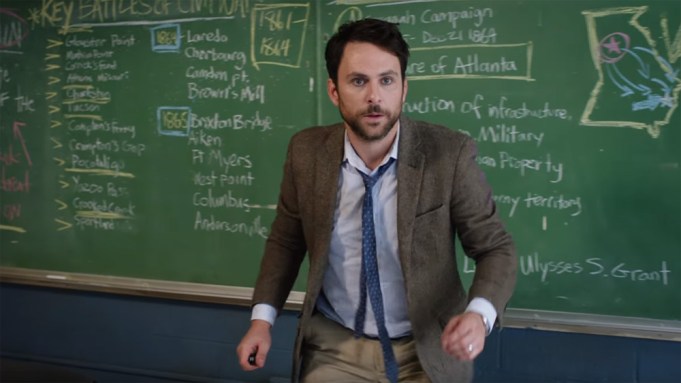 Ice Cube is determined to clobber Charlie Day with an entire high school looking on in the first trailer for New Line’s comedy “Fist Fight.”

The script by Van Robichaux and Evan Susser centers on a pair of high school teachers with Cube’s character challenging Day’s instructor after suspecting his colleague is trying to get him fired.

“I’m going fight you…I want everyone to see this,” Cube announces, prompting Day to respond that teachers don’t fight. Cube’s character is not dissuaded as the school goes into a frenzy of pre-fight anticipation.

A frantic Day winds up calling 911 to ask for help and is told by the operator, played by Kyanna Simone, to go talk to a teacher. When told that he is a teacher, she responds, “You’re a grown man; now go and take that ass-whipping.”