Continue to Variety SKIP AD
You will be redirected back to your article in seconds
Aug 15, 2016 8:26am PT 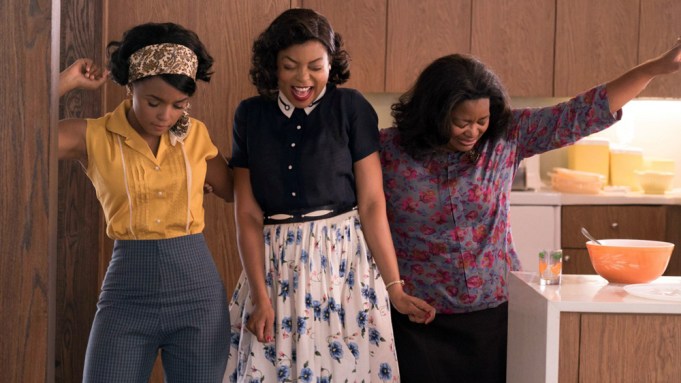 Taraji P. Henson, Octavia Spencer, and Janelle Monae break the glass ceiling — among other barriers — in the first trailer for the NASA drama “Hidden Figures,” which debuted Sunday night during the Rio Olympics.

The teaser opens with Henson’s Katherine Johnson character as a young girl, filling up a classroom blackboard with mathematical formulas, prompting her teacher to tell her parents, “I’ve never seen a mind like your daughter has.”

In addition to Henson, Spencer portrays Dorothy Vaughan and Monae plays Mary Jackson as a trio of brilliant African-American women working at NASA, who served as the brains behind the 1962 launch of astronaut John Glenn into orbit — a stunning achievement that turned around the Space Race.

The trailer also features Kevin Costner’s frustrated NASA exec lamenting, “I need a mathematician who can see beyond numbers.”

In addition to institutional obstacles, the women are also shown tackling troubles at home as they spend extended time away from their families. “Every time we have a chance to move ahead, they move the finish line,” Henson’s character declares.

Johnson, who worked at NASA from 1952 to 1979, was awarded a Presidential Medal of Freedom last year. The film is directed by Ted Melfi from a screenplay co-written with Allison Schroeder, based on Margot Lee Shetterly’s upcoming non-fiction book — “Hidden Figures: The American Dream and the Untold Story of the Black Women Mathematicians Who Helped Win the Space Race.”

Chernin Entertainment is producing with Donna Gigliotti via Levantine Films, and Melfi. The film, which also stars Kirsten Dunst and Jim Parsons, opens on Jan. 13.