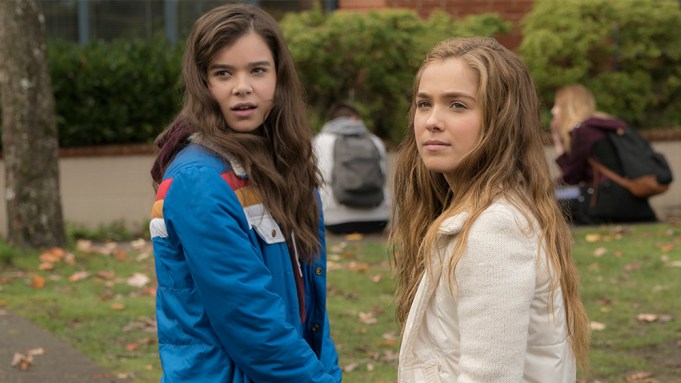 Hailee Steinfeld is dealing with hell of high school relationships in the new red-band trailer for coming-of-age comedy “The Edge of Seventeen.”

Her character’s pursuit of romance hits a bump when confronted by her teacher, played by Woody Harrelson, after he reads a sext not intended for him in which she proposes a meet-up in a pet store stockroom.

Harrelson responds drily, “You need to watch out for run-on sentences.”

Blake Jenner stars as Steinfeld’s older brother, who starts dating her best friend (played by Haley Lu Richardson) and leaves her feeling more alone than ever. Steinfeld even finds the two of them in bed together in the trailer.

“The Edge of Seventeen,” written and directed by Kelly Fremon Craig, opens Nov. 18.