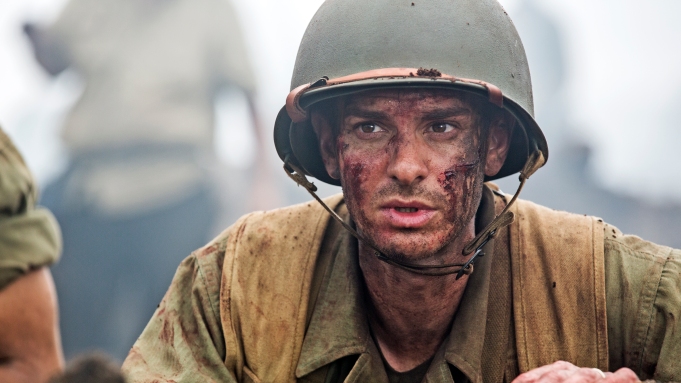 The film, directed by Mel Gibson, is set during the bloody Battle of Okinawa when Doss saved 75 men without carrying a weapon on the battlefield. Doss, a Seventh-day Adventist who didn’t believe in killing, even in times of war, was the only American soldier in WWII to fight on the frontlines without a weapon. He was also the first conscientious objector to ever earn the Congressional Medal of Honor

“I can’t stay while all them others are going to fight for me,” he says after he’s been drafted at the opening of the trailer.

The teaser also shows Doss being cleared by the Army for battle: “Private Doss, you are free to run into the hellfire of battle without a single weapon.” He single-handedly evacuates the wounded from behind enemy lines while being wounded by a grenade and hit by snipers.