Watch the First Full ‘Ghost in the Shell’ Trailer 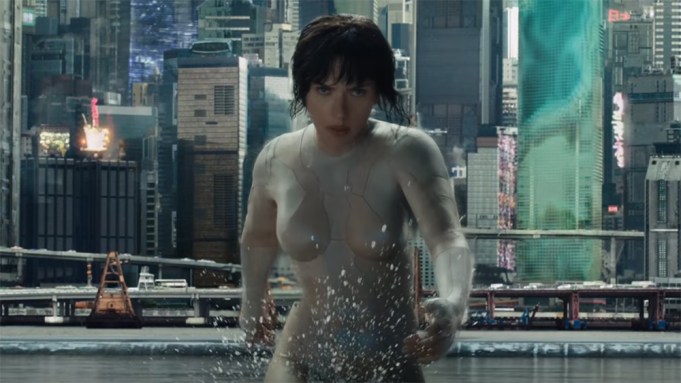 Scarlett Johansson makes her debut as the cyborg Major in the first full-length trailer for Paramount’s live-action adaptation of “Ghost in the Shell.”

Johansson herself intros the trailer, which was unveiled at a special event in Tokyo. “I am thrilled to have been given the opportunity to play the Major, and I am so excited to be able to show you a glimpse into her world,” she says in the clip.

The trailer itself is action-packed, featuring Johansson taking on the bad guys as Major, and includes several callbacks to the popular manga-turned-anime that serves as the basis for the film. The movie follows Johansson’s Major Motoko Kusanagi as she leads counter-terrorist organization Section 9 in attempting to stop a nefarious hacker known as the Puppet Master.

It’s the first look at “Ghost in the Shell” since Paramount whetted fan appetites with five short, cryptic clips in September. Though highly anticipated, the film has been at the center of a whitewashing controversy for months. Fans of the beloved anime protested the fact that Johansson, a white woman, was cast as Major Motoko Kusanagi.

“Ghost in the Shell” also stars Takeshi Kitano, Juliette Binoche, and Michael Pitt, with Rupert Sanders (“Snow White and the Huntsman”) directing. It will hit theaters on March 31, 2017.