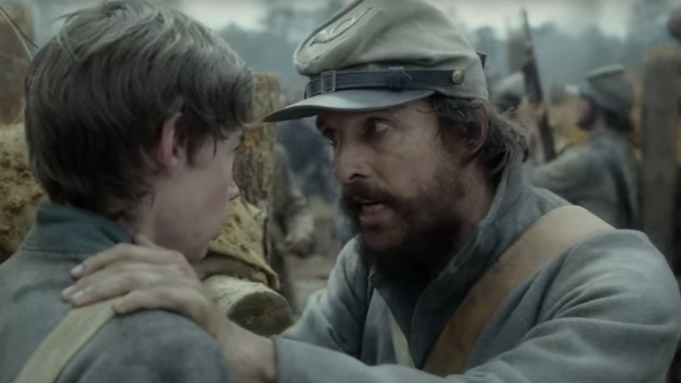 McConaughey stars as Newt Knight, a Southern farmer who leads a rebellion against the Confederacy. He flees the battlefields after being disillusioned by the horrors that touched his own family. On the run, he rallies the support of fellow deserters to lead an uprising against their former comrades, in the process creating a free safe haven. Gugu Mbatha-Raw and Keri Russell also star.

“We’re all out there dying so they can stay rich,” McConaughey intones as Knight in the clip.

“Free State of Jones” bows in theaters May 13.