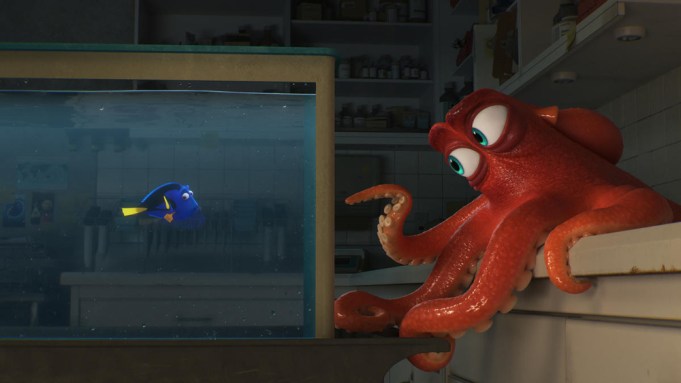 A new trailer for Disney-Pixar’s “Finding Dory” offers a look at the titular forgetful fish’s heart-tugging emotional journey in search of her parents.

The trailer launches with the sound of a small fish calling out to a pair of strangers, “Hi, I’m Dory.” She winds up at a Marine Life Institute — aka a “fish hospital” — as her friends Nemo and Marlin desperately look for her.

A pair of sea lions, voiced by Idris Elba and Dominic West, provide plenty of laughs in the teaser when they tell another sea lion to get off their rock — reminiscent of the seagulls memorably yelling “Mine” in “Finding Nemo” 13 years ago.

“Finding Dory” hits theaters on June 17. “Finding Nemo” was a massive hit, grossing more than $930 million at the worldwide box office. It won the Academy Award for best animated feature — the first Pixar title to do so.