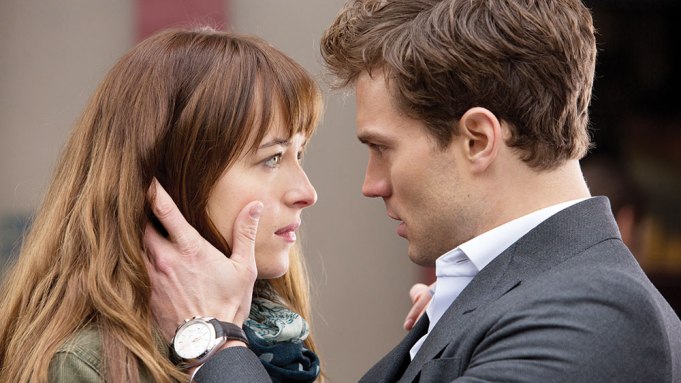 Christian Grey and Anastasia Steele swap a blindfold for a masquerade mask in the first look at “Fifty Shades Darker,” the highly-anticipated sequel to “Fifty Shades of Grey.”

Universal Pictures released the poster and trailer teaser for the new film on Monday — a day before it’s set to debut the first trailer for the romance.

The poster shows Jamie Dornan’s Christian putting a mask on Dakota Johnson’s Anastasia, while the video teases an intriguing proposal and invites viewers to slip into something a shade darker.

Newly-single Anastasia still yearns for the mysterious, young billionaire in the second installment of the popular franchise. The pair rekindles their romance after Christian suggests a new arrangement, which is soon clouded by shadowy figures from his past.

James Foley (“House of Cards”) is directing “Fifty Shades Darker” and the next installment, “Fifty Shades Freed,” which are both penned by author E. L. James’ husband, Niall Leonard.