Watch the First Trailer for ‘The Fate of the Furious’ 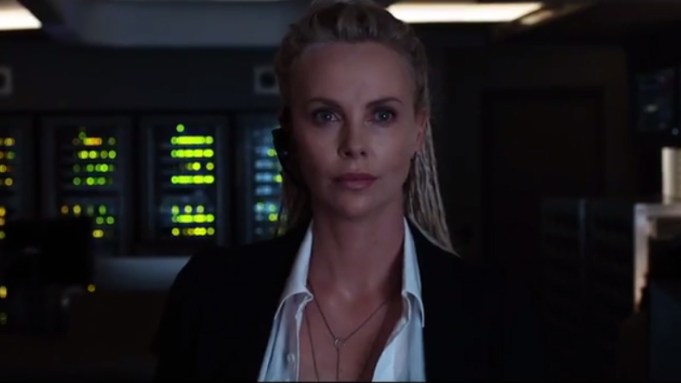 It’s “bombs away” in the action-packed first trailer for “The Fate of the Furious,” the eighth installment in the Fast & Furious series, that debuted during Sunday Night Football.

Charlize Theron makes her debut as the franchise’s new villain in the trailer, appearing to taunt Vin Diesel’s Dominic Toretto.

“You know what I like about you, Dom? You’re a genuine outlaw. But your family is about to go up against the one thing they can’t handle: you,” she says. “Did you ever think you would betray your family the way you did today?”

In the movie, Dom and Letty (Michelle Rodriguez) are on their honeymoon, and the rest of the crew has been exonerated, finding a semblance of a normal life. But when Theron’s character seduces Dom into a world of crime he can’t seem to escape, the family will face a new set of trials.

“I don’t know if the old Dom is in there,” says Dwayne Johnson in the clip. “I don’t give a damn. I’m taking you down, Toretto. Let’s play.”

“The Fate of the Furious” will hit theaters on April 14.