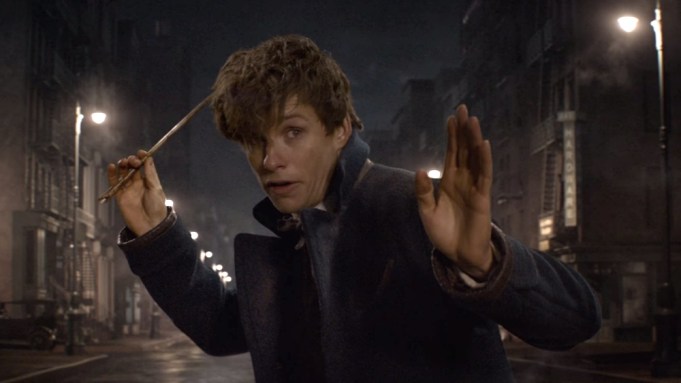 A new trailer for the Harry Potter spinoff “Fantastic Beasts and Where to Find Them” screened at Comic-Con on Saturday. But it was actor Eddie Redmayne, who stars in the upcoming J.K. Rowling adaptation, who brought the real magic to the 6,500 Potter fans in Hall H.

After the trailer’s debut, Redmayne and the Warner Bros. staff handed out thousands of magic wands to every fan in the building. Then the Oscar-winner led the entire room in casting a Lumos Maxima spell.

Also on hand for panel were director David Yates and Colin Farrell.

“Fantastic Beasts and Where to Find Them” opens Nov. 18.