Watch: ‘Fantastic Beasts and Where to Find Them’ Trailer Reveals More About Newt Scamander 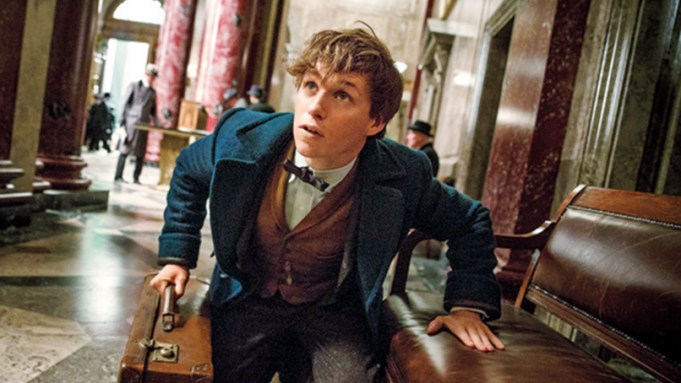 Eddie Redmayne brought the magic to the 2016 MTV Movie Awards, introducing a new trailer for the upcoming Harry Potter spinoff “Fantastic Beasts and Where to Find Them.”

Packed with new footage, the trailer reveals some more information about Redmayne’s bookish Scamander: a quick glimpse inside his suitcase reveals a Hufflepuff scarf. He was apparently expelled from school for his beastly obsession. And, oh yeah — Harry Potter legend himself Albus Dumbledore has taken a liking to him.

Though “Fantastic Beasts” is set in ’20s New York, it still holds much of the magical tone from the original Harry Potter films — obvious touches of spell-casting galore — while adding in necessarily period pieces.

If that wasn’t enough, the MTV Movie Awards also saw the debuts of new trailers for “Captain America: Civil War” and “Suicide Squad.”

“Fantastic Beasts and Where to Find Them” hits theaters on Nov. 18.