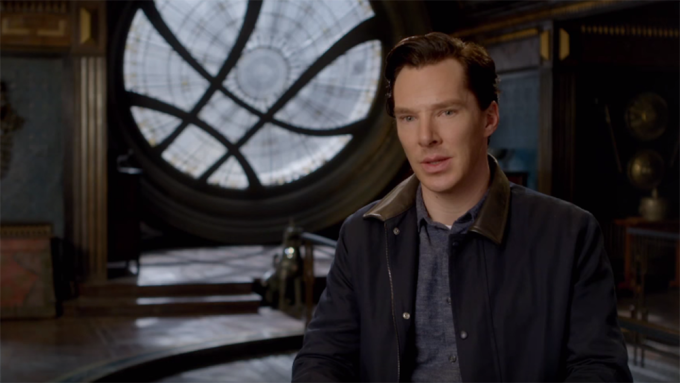 In the film, the prominent neurosurgeon Dr. Stephen Vincent Strange (Cumberbatch) is used to controlling the fate of others, but loses the ability in both of his hands after a fatal car crash. He takes his life savings to regain his mobility which leads him to desperation. Strange is lead by Baron (Ejiofor) to an underground mystical realm where he meets “The Ancient One” (Swinton).

Swinton’s character sees “possibility” in Strange and introduces him to a spiritual dimension of himself he never knew exist.

Earlier this year Swinton’s casting came under fire because Asian-Americans felt like Hollywood was white-washing a role meant for a person of color. Director Scott Derrickson took to Twitter to respond to the criticism and said he is “listening and learning.”

Now, producer Kevin Feige says the crew is focusing on connecting the villains in the movie to the real dimension.

“We’re excited about the villains in this film,” he says in the video. “These are people who become seduced by what they find on the other side. They are interested in spilling the barriers between these dimensions which would annihilate our universe.”

Benedict Wong and Mads Mikkelsen also star in the film.