Danny Glover: Maybe We Should Do Away With the Oscars (SUNDANCE VIDEO) 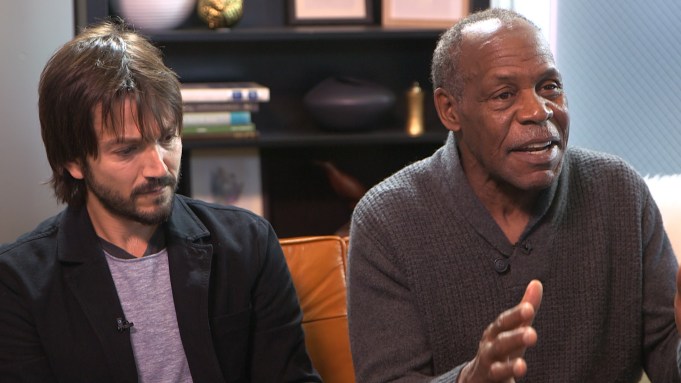 PARK CITY, UT — Danny Glover thinks Hollywood can learn a thing or two about diversity from the indie movies playing at Sundance.

“Artists are the gatekeepers of truth,” he said when asked about the current Oscar crisis. “(But) I don’t see diversity in film in the world at all anymore.”

In the 1970’s, Glover said he could easily go to mainstream theaters and watch Italian, Japanese and African films. But now, $100 million tentpoles are kicking these “real” stories out of theaters and now all he can find is a very “narrow” version of his himself onscreen.

“We need to talk about the process, the democratization of making movies, not 15 men deciding ‘You’re going to see this movie this year and this movie.”

He added: “The Academy and everything else has been what it is since the outset.”

But awards shows, Glover said, are “Subjective. They always have been.”

“Maybe we should do away with them,” he suggested. Even the Oscars, asks Variety? “Oscars.”

But, like the $100 million pics, Glover admits the Academy Awards are a giant business with lots of money and influencers behind the ceremony.

Bottom line, he said: “We don’t find movies that tell us about the real, everyday survival people. How they build families, communities…how to redefine family, community in the wake of all the devastation.”

“It would widen my whole sense of myself and my relationship to the rest of the world. That’s what the movies and art is supposed to be about!”