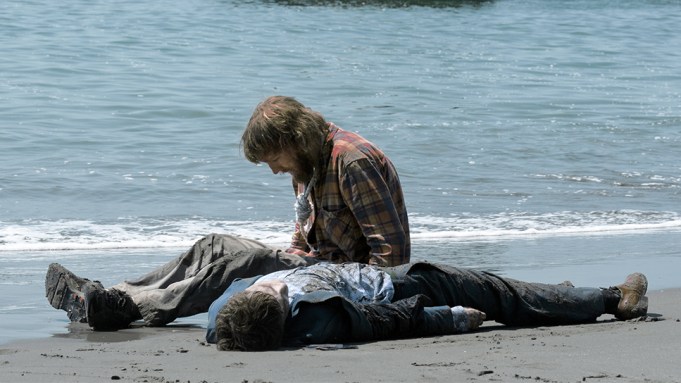 The most divisive movie at this year’s Sundance Film Festival has finally gotten a trailer.

Dubbed “Daniel Radcliffe’s farting corpse movie,” “Swiss Army Man” prompted walk-outs when it premiered at Sundance on Jan. 22. A24 released the first trailer, which is sure to divide an even larger audience, for the film on Monday.

“At times deliriously dynamic, at others patience-grating in the extreme, the constantly inventive film fires off ideas that are as exhilarating as anything American audiences will see all year, only to lag in long swells on either side,” Variety‘s Chief International Film Critic Peter Debruge wrote in his review. He also described the film as “‘Cast Away’ meets ‘Weekend at Bernie’s,’ as directed by Michel Gondry.”