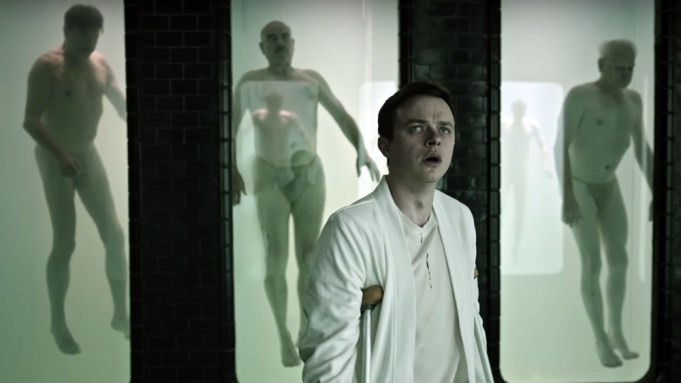 DeHaan plays a young executive tasked with investigating what happened to his company’s CEO at a mysterious “wellness center” promising miracle cures in a remote part of the Swiss Alps. “He’s clearly lost his mind,” DeHaan tells the other execs at the company.

After DeHaan’s character arrives at the seemingly idyllic location, he finds himself diagnosed with the same malady as the other “guests” and is subjected, in a series of quick cuts, to a bevy of bizarre treatments.

“You’re to make me think I’m insane,” he asserts.

Jason Isaacs plays the doctor who runs the center and Mia Goth portrays an enigmatic patient.

Verbinski, whose credits include “The Ring,” Johnny Depp’s animated film “Rango,” and the first three “Pirates of the Caribbean” movies, directs from a screenplay by Justin Haythe. He also produces with Arnon Milchan and David Crockett.

“A Cure for Wellness” hits theaters on Feb. 17.