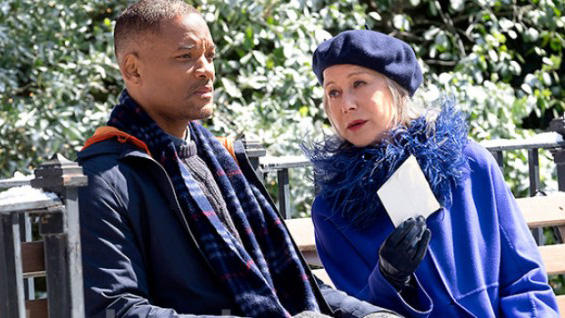 The first trailer for “Collateral Beauty” depicts Will Smith as a deeply depressed New York advertising exec coping with his daughter’s death.

“We’re here to connect,” he observes in the trailer. “Love, time, death: these three things connect every single human being on Earth. We long for love, we wish we had more time, and we fear death.”

“Collateral Beauty,” directed by David Frankel from a script by Allan Loeb, arrives Dec. 16 from New Line in a counter-programming move against the opening of “Rogue One: A Star Wars Story.”