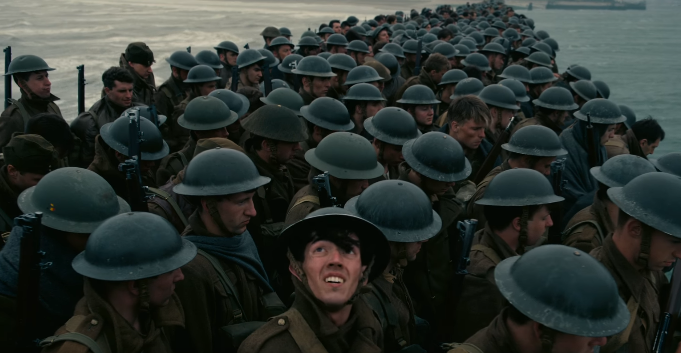 With “Dunkirk,’ Christopher Nolan clearly wants to put his mark on the World War II genre and to make an epic to rival the likes of “Saving Private Ryan,” “The Thin Red Line” and “Das Boot.”

Based on the initial trailer that hit the internet on Wednesday, no expense has been spared in recreating the chaotic rescue of Allied soldiers during one of the fiercest battles of the war. There are aerial bombardments, sinking ships, and a beach filled with ravaged troops.

“Dunkirk” hits theaters on July 21, 2017, when it will face off against Luc Besson’s science-fiction adventure, “Valerian and the City of a Thousand Planets.”

The trailer suggests that “Dunkirk” could be the rare populist pleaser and awards contender. It seems likely to focus on the heroism of ordinary British citizens who grabbed anything that could float to ferry the pinned-down soldiers across the English channel to safety.

“You can practically see it from here,” says Branagh’s character at one point, looking out from the shores of France. To which another character asks, “What?”

“Home,” is his terse reply.