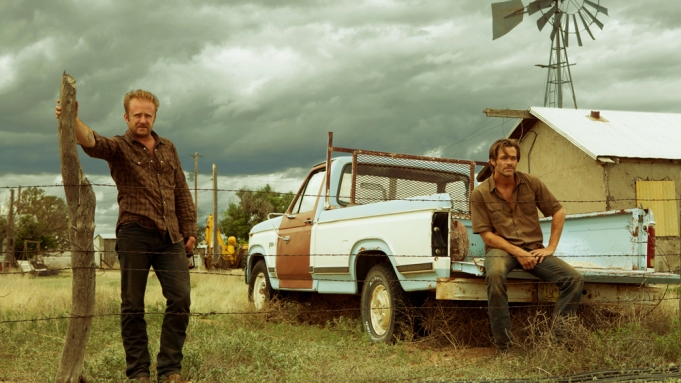 There’s plenty of gun play and bank robbery in the first trailer for “Hell or High Water,” starring Chris Pine and Ben Foster as brothers driven to desperation.

The movie, directed by David Mackenzie, will open Aug. 12 in limited release and expand on Aug. 19. The film will premiere later this month in the Un Certain Regard section at the Cannes Film Festival.

Pine and Foster portray siblings — a divorced dad and an ex-con — who embark on a daring bank robbery spree to save their family farm in New Mexico. After several heists, Pine’s character wonders out loud why Foster was willing to join him.

“Cause you asked me, little brother,” Foster responds evenly.

The project was previously titled “Comancheria.”