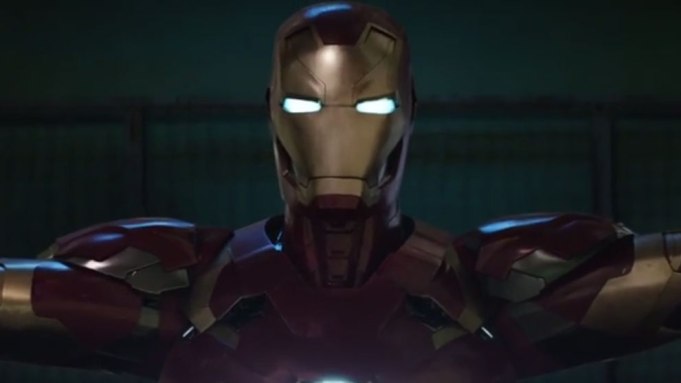 Disney’s Super Bowl ad for “Captain America: Civil War” dropped ahead of the Big Game on Sunday, asking viewers to choose a side: #TeamCap or #TeamIronMan.

While Steve Rogers and Tony Stark were able to work together before, thanks to a common goal, a rift forms between the two in “Civil War,” splitting the famous superheroes up. In the new clip, Stark tells someone, “You chose the wrong side.”

The trailer was released during CBS’ Super Bowl pre-game show. Unsurprisingly, Tom Holland’s Spider-Man was nowhere to be found in the new footage.

Along with Holland’s Spidey, Chadwick Boseman’s Black Panther will also make his Marvel debut in “Civil War.” It’s only one big Marvel movie to be released this year — “Doctor Strange” will debut on Nov. 6.

“Captain America: Civil War,” directed by Joe and Anthony Russo from a script by “Winter Soldier” writers Christopher Markus and Stephen McFeely, will hit theaters May 6.