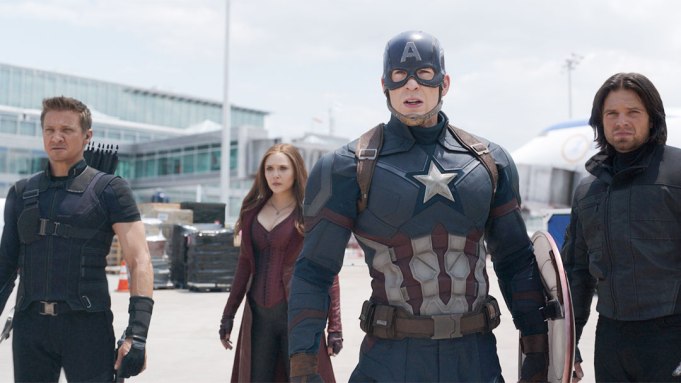 The new Spider-Man finally makes his debut in the latest trailer for “Captain America: Civil War.”

Iron Man calls on Spidey (or “Underoos,” as he hilariously refers to him), who’s evidently on his team, to use his web powers to steal Captain America’s shield and bind his arms.

“Hey, everyone,” Tom Holland’s character then says, perched on a car roof, in the final moments of the second trailer.

The “Avengers”-sized film, which hits theaters on May 6, centers on the epic clash between Cap (Chris Evans) and Iron Man (Robert Downey Jr.) that threatens to tear the Marvel cinematic universe apart.

The government sets up an organization to oversee the Avengers, splintering the team into two camps — one led by Steve Rogers (Captain America), who’s opposed to government interference, and the other by Tony Stark (Iron Man), who supports government oversight after being brainwashed.