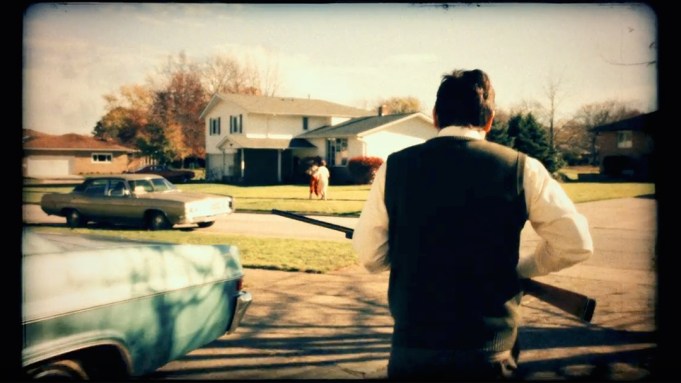 A powerful supernatural entity has begun to dominate the lives of three college students in the new trailer for STX Entertainment’s new teaser trailer for its horror-thriller “The Bye Bye Man.”

The teaser starts with a series of violent crime scenes in a suburban area with a chilling voiceover that intones, “You hear the stories every day. Violent crimes. Countless victims. Unthinkable acts. You wonder what could possess a person to do such unthinkable things.”

The film recounts a series of terrifying events experienced by three Wisconsin college students, played by Douglas Smith, Cressida Bonas and Lucien Laviscount, who move into an old house off campus and unwittingly unleash a supernatural entity known as the Bye Bye Man — who comes to prey upon them once they discover his name.

The friends must try to save each other, all the while keeping the Bye Bye Man’s existence a secret to save others from the same deadly fate.

“The more scared you are, the more powerful he gets,” says one of the terrorized students in the trailer.

Carrie-Anne Moss and Faye Dunaway also star along with Douglas Jones as the title character. Stacy Title directed from Jonathan Penner’s script from the short story “The Bridge to Body Island” by Robert Damon Schneck.

The movie opens on June 3.