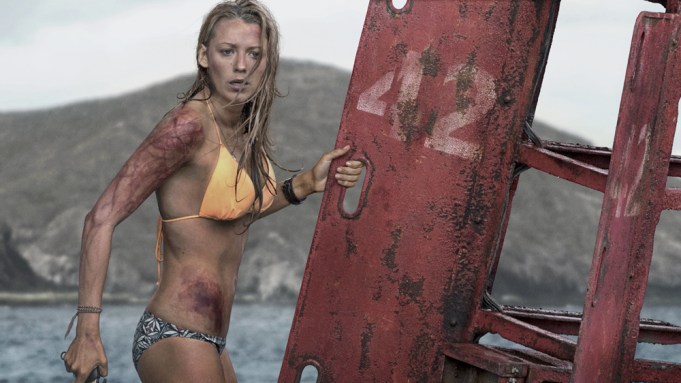 Blake Lively finds paradise, but then gets terrorized by a hungry great white shark in Sony’s tense new trailer for “The Shallows.”

Her character discovers a secluded surfing spot in Australia that her guide calls “paradise.” She then tells her sister in a Skype call: “It took forever to find, but it’s perfect.”

Shortly thereafter, a shark attacks her. She swims for safety and becomes stranded on a rock outcropping about 200 yards from shore. Unable to warn them to exit the water in time, she witnesses two surfers being brutally mauled.

Lively’s character then begins plotting how to get back to the shore, which somehow includes possession of a firearm.

The film is directed by Jaume Collet-Serra from a script by Anthony Jaswinski. Producers are Lynn Harris and Matti Leshem.

“The Shallows” hits theaters on June 29.