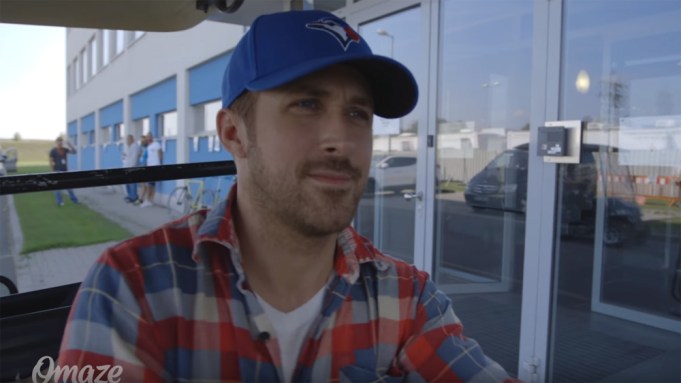 Hey girl (or guy), want to spend a day on the set of the new “Blade Runner”? Stars Harrison Ford and Ryan Gosling are inviting one lucky movie-goer and a friend to witness all the action.

In a video released Thursday, Gosling shares a brief introduction of himself as he drives around set in his golf cart to share his partnership with the Enough Project to help support peace and justice in Africa.

“Now, if you’re so inclined and make an donation, we’ll enter you for a chance to win an opportunity to come out here to Budapest to visit us on set,” Gosling said. “You can have a nice lunch, show you around, watch us film a scene, maybe meet Harrison Ford. But I think the most exciting part is I might let you drive my golf cart.”

Along with getting the chance for the ultimate day in Budapest, the contribution will also help the Enough Project, Imerman Angels, and the Hummingbirds Foundation and their mission efforts going forward.

The upcoming “Blade Runner” is directed by Denis Villeneuve and produced by Ridley Scott.

Donations — and consequently, entries in the contest — can be made at Omaze.com.