‘The Birth of a Nation’ First Trailer Debuts 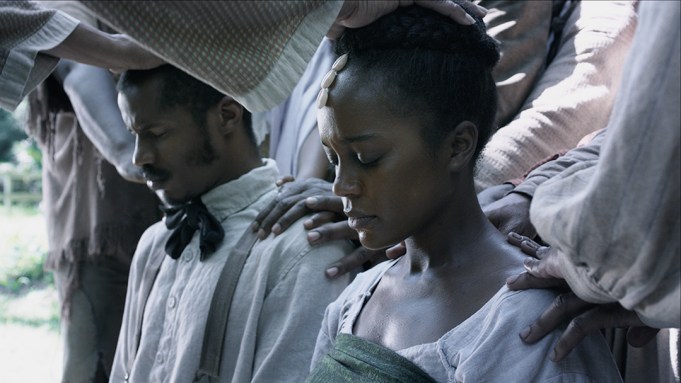 A day after making noise at CinemaCon, Fox Searchlight released on Friday the powerful first trailer for the Sundance Film Festival hit “The Birth of a Nation.”

Nate Parker — this year’s CinemaCon breakthrough director of the year award winner — wrote, directed, produced and stars in the drama about the 1831 slave rebellion, which is already generating Oscar buzz. Not only did the film click with critics and Sundance audiences (it received the most enthusiastic standing ovation at this year’s fest, and won its grand jury prize and audience award), but it sold to Fox Searchlight for a record $17.5 million — the biggest Sundance deal of all time — and nabbed an awards-friendly release date.

The chilling first look at the film — set to Nina Simone’s cover of Billie Holiday’s “Strange Fruit,” which was recently sampled by Kanye West in “Blood on the Leaves” — follows Parker’s Nat Turner as the literate slave strikes a deal with his owner, Samuel Turner (played by Armie Hammer), to become a traveling preacher to subdue unruly slaves.

“You listen to him and you might just make it into heaven,” one of his slave owner’s cronies tells a group of slaves.

“Submit yourselves to your masters with all respect,” Turner tells them.

After witnessing countless atrocities, he becomes the leader of the bloodiest slave uprising in American history in the hopes of leading his people to freedom. Penelope Ann Miller, Jackie Earle Haley, Aja Naomi King and Mark Boone Jr. also star in the movie, which hits theaters on Oct. 7.