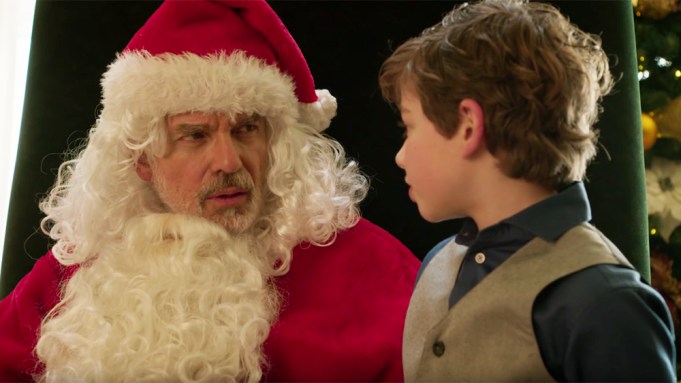 “Why are you even out of the joint anyway?” he asks Tony Cox’s Marcus, who calls him racist in response, throwing in two expletives. Cox explains that he has a master plan that will yield millions of dollars.

Thurman, played by Brett Kelly, also returns from “Bad Santa,” asking in the trailer “Are you still going to pop my cherry?”

There’s a children mumbling incoherent gift requests to Thornton, who responds, “You could be speaking f—ing Swahili and I wouldn’t know any better.”

Near the end of the trailer, Soke greets his mother — played by Kathy Bates — with a punch to the jaw, prompting the sarcastic response, “You still hit like your f—ing father.”

Broad Green teamed with Miramax on “Bad Santa 2” and has set a Nov. 23 release date.