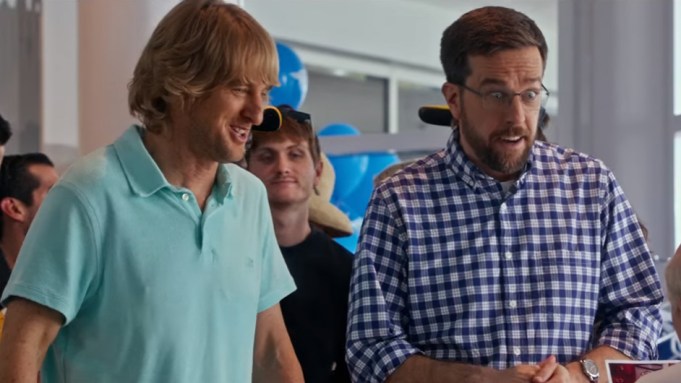 Helms and Wilson play brothers whose mother Helen Baxter (portrayed Glenn Close) admits at her wedding that she stretched the truth about their father dying when they were young. “I’m not sure who your father was,” she adds.

The duo take off on a road trip to find their real father with evidence pointing to Bradshaw (playing himself) and J.K. Simmons. Ving Rhames, June Squibb and Katt Williams also star.

“Talk about a blast from the past,” Bradshaw responds. “She damn near cost us the Super Bowl.”

Rhames says of the name Helen Baxter, “It does more than ring a bell.”

The film is rated R for language and sexual references throughout.

“Bastards” is scheduled for release on Jan. 27 from Warner Bros.