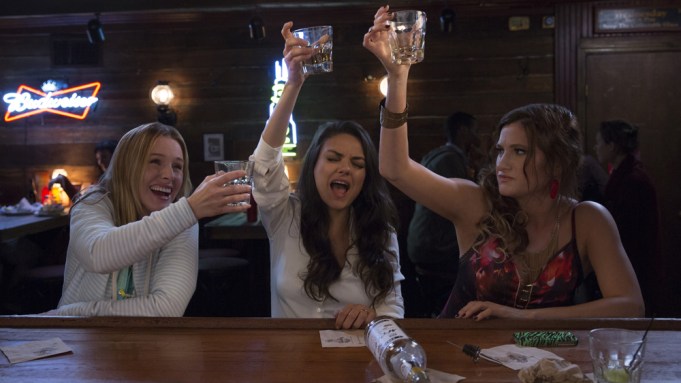 Kunis plays a suburban mom who makes motherhood look easy, but has actually reached her breaking point — over-worked, over-committed and over-exhausted to take one more demand from anyone. Applegate’s PTA president pushes her over the edge, first by causing Kunis to spill coffee all over herself and then by demanding the exclusion of ingredients such as sugar and butter for a bake sale.

“Everyone has a breaking point,” Kunis asserts. “I’m so tired of being this perfect mom.”

Kunis is joined in her rebellion by two other frustrated moms, played by Kristen Bell and Kathryn Hahn, as the trio begin drinking, dancing and comparing notes on the pitfalls of motherhood. Hahn offers a simple solution for dealing with Applegate: “I say we punch that chick right in the tits.”

The project is written and directed by Jon Lucas and Scott Moore, the writers of the “Hangover” movies. Producers are Bill Block (“Fury”) and Suzanne Todd (“Alice in Wonderland”).

The comedy is set to be released on July 29. China’s Huayi Brothers are co-financing as part of the three-year deal announced last year by STX Entertainment.