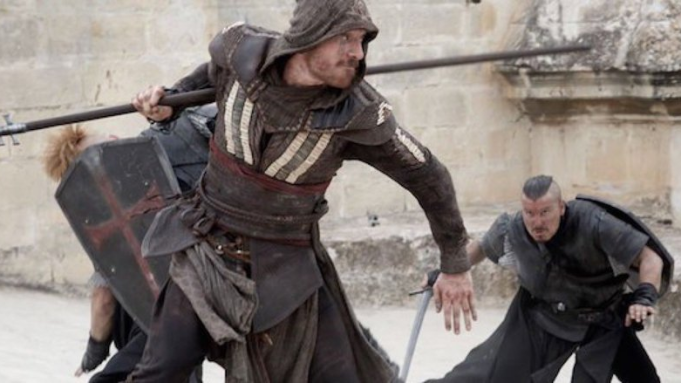 That’s the question finding its way around the internet with the release of the first trailer for the “Assassin’s Creed” movie, starring Michael Fassbender as Callum Lynch. The first look debuted during “Jimmy Kimmel Live” on Wednesday night.

“Where am I?” Fassbender asks Marion Cotillard’s Sophia Rikkin as he wakes in an unwelcoming room. She proceeds to tell him that he was executed the night before. “You no longer exist,” she tells him.

He’s informed that he’ll experience the adventures of his ancestor, Aguilar, who’s been dead for 500 years. It then cuts to 15th Century Spain — and a shot that will look awfully familiar to fans of the popular video game series.

With the soundtrack of Kanye West’s “I Am a God,” a ripped Fassbender hops from building to building, fights enemies and more as additional characters and shots of the world are revealed. According to the synopsis from 20th Century Fox, the studio behind the movie, Callum Lynch will discover that he descended from secret society the Assassins, and use his newly acquired skills and knowledge to confront the oppressive organization Templar back in the present.

See the new poster for the movie below.