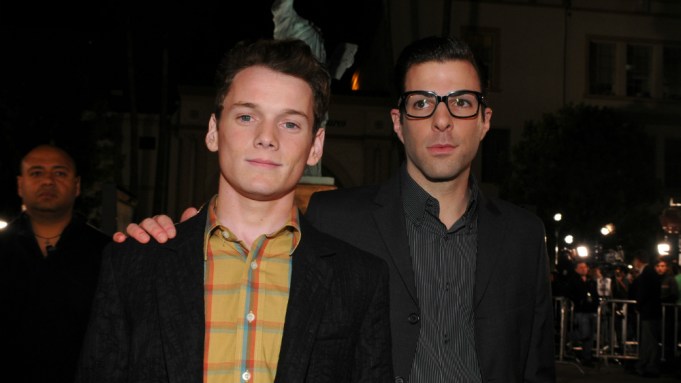 Zachary Quinto paid tribute to his “Star Trek” co-star Anton Yelchin during “The Late Show with Stephen Colbert” on Friday.

Yelchin was killed last month at the age of 27, in a tragic traffic accident.

“I don’t even know how to talk about it,” Quinto said. “We already knew this would be a bitter-sweet experience because of the loss of Leonard [Nimoy] last year, but this has just been absolutely devastating for all of us,” he said, speaking for the entire “Star Trek” cast and crew.

“I think our goal just has to be to celebrate his incredible life, and honor him as much as we can. It was a terrible loss, not only to us personally, but I think to the industry and audiences,” the actor told Colbert. “He was such a talent.”

Yelchin left behind several unreleased films, including “Star Trek Beyond,” which opens this summer on July 22. Many members of the “Star Trek” family have paid tribute to the young actor since his death, including J.J. Abrams who directed Yelchin in the 2009 “Star Trek” reboot and “Star Trek Into Darkness.”

In the interview Friday night, Quinto spoke to the cast’s unusually close bond.

“I think we take it for granted in a lot of ways because we genuinely love each other so much,” he said. “We are truly intertwined, inextricably and we always will be.”