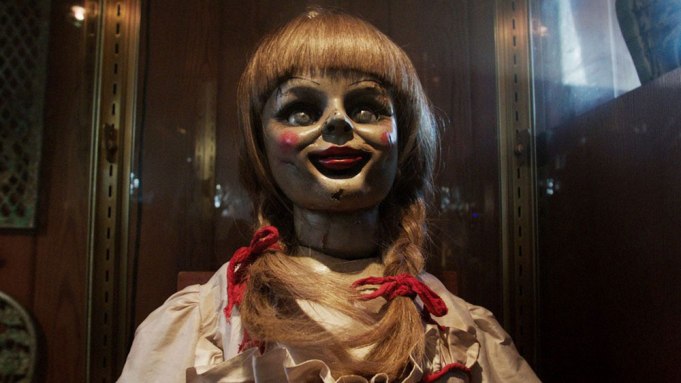 A children’s tea party has never been more horrifying as in the first teaser for “Annabelle 2.”

A petrified, crucifix-holding Miranda Otto looks on as supernatural shaking ensues courtesy of the titular possessed doll. Then comes the spine crack heard round the world.

The film follows a dollmaker and his wife, who decide to open their home to a nun and several girls from a shuttered orphanage. Otto stars in the film alongside Stephanie Sigman.

David Sandberg (“Lights Out”) directs from a script by Gary Dauberman, who wrote the original “Annabelle.” James Wan and Peter Safran producing. “Annabelle” — a spinoff to Wan’s 2013 hit “The Conjuring” — grossed more than $256 million worldwide in 2014 on a $6.5 million budget.

The doll first appeared in “The Conjuring” as one of the demonized objects in paranormal investigators Ed and Lorraine Warren’s collection.