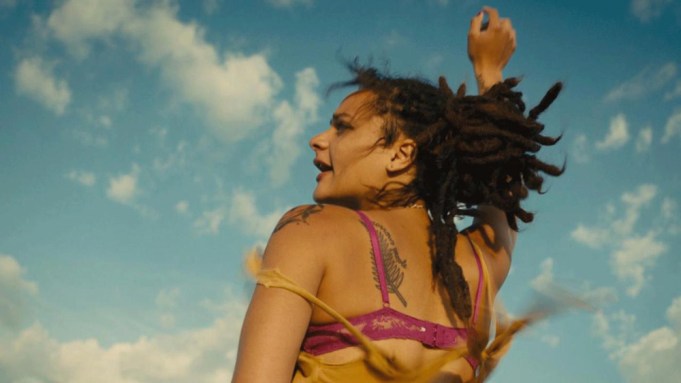 Shia LaBeouf finds romance after he recruits an adolescent girl, Star — played by newcomer Sasha Lane — to his hard-partying sales crew in Middle America in the first trailer for “American Honey.”

“It’s a business opportunity,” his character explains to Star. “We sell magazines, we explore America, we party. Come with us.”

Andrea Arnold’s road drama premiered at last month’s Cannes Film Festival, where it won the jury prize. The trailer from A24 shows Lane and LaBeouf’s characters falling for each other amid a lifestyle of constant partying and occasional law-breaking.

“Even viewers who find this traveling circus of cheap thrills and cheaper booze wearying would be hard pressed to deny the iridescent vitality with which it has been put on screen,” Variety film critic Guy Lodge wrote in his review of “American Honey.”

Parts & Labor, Pulse Films and ManDown Pictures are the producers. The project was co-developed by Film 4 and jointly financed by Maven Pictures’ film fund, BFI and Film 4.