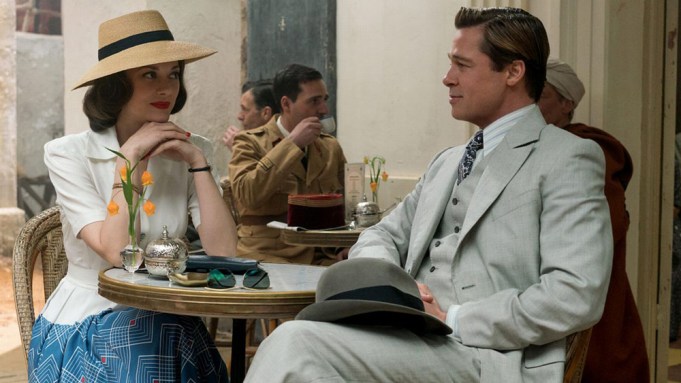 “Is this a game?” Pitt asks in the 60-second teaser, released by Paramount Pictures on Friday. “A test,” he’s told.

Pitt stars as a U.S. intelligence officer Max Vatan who encounters French Resistance fighter Marianne Beausejour (Cotillard) during a mission behind enemy lines in Casablanca in 1942 to kill a German ambassador. They’re forced into a pretend marriage that develops into a real love eventually tested, when they reunite in London, by the pressures of war and the secrets of their past.

Academy Award winner Zemeckis, who last teamed with Paramount on Denzel Washington’s “Flight,” could be back in the Oscar game with this spy thriller after last year’s Joseph Gordon-Levitt-starrer “The Walk” couldn’t go the extra mile.

Steven Knight wrote the screenplay based on a true story he was once told. Knight is also an executive producer, along with Patrick McCormick, Denis O’Sullivan, and Jack Rapke. Zemeckis and Graham King produce.