Watch: James Franco Is on Edge in ‘The Adderall Diaries’ Trailer 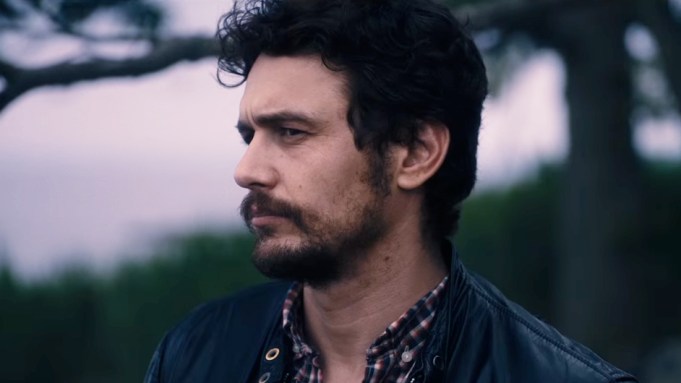 James Franco doesn’t want to bury his past in the first trailer for “The Adderall Diaries.”

Franco stars alongside Amber Heard in the A24 film based on Stephen Elliott’s 2009 true-crime memoir. The thriller follows the account of a novelist (Franco) of the 2007 high-profile murder trial of Hans Reiser, which he chronicles in a book while simultaneously grappling with father issues, writer’s block, drug dependency and repressed childhood traumas. Heard stars as Lana Edmond, a reporter who captivates Elliott’s interests and offers him exclusive access to the murder case that he’s become consumed by.

“What happens to us makes us who we are,” Franco says in the trailer over a series of flashbacks to his broken childhood. The trailer also previews heated arguments between Franco and his father (played by Ed Harris) and scenes of Franco immersing himself in the happenings of Reiser’s murder trial.

Pamela Romanowsky directed the film, which premiered at the Tribeca Film Festival in 2015, from his own screenplay. “The Adderall Diaries” also stars Christian Slater and Cynthia Nixon. Franco also serves as a producer.

“The Adderall Diaries” premieres exclusively on DirecTV on March 10 and hits theaters on April 15.