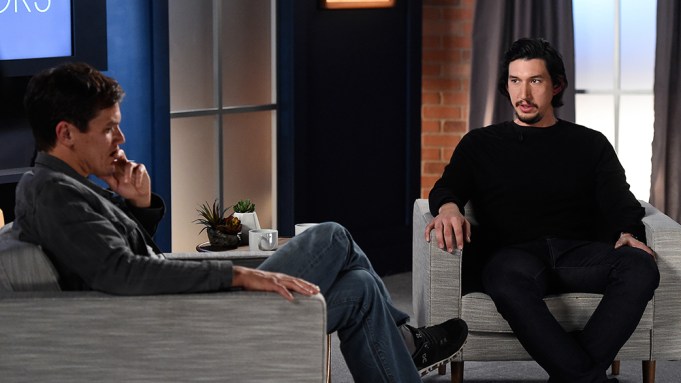 General Zod from “Man of Steel” and Kylo Ren from “Star Wars: The Force Awakens” are both pretty bad guys…or are they?

In their sit-down for the fifth season of Variety and PBS’ series “Actors on Actors,” Michael Shannon and Adam Driver discussed what it’s like to star in blockbuster movies, as well as drawing a fine line between bad and good.

“I looked at ‘Man of Steel’ as a very socially relevant movie, not necessarily a comic-book movie,” Shannon said, before Driver added that he feels the same way about “Star Wars.”

“Here’s a story about some people, a civilization. They lived on a planet and used up all the resources and destroyed the planet, and they thought the way to solve the problem was just to go get another planet. You hear people bandying that idea around these parts from time to time,” Shannon added, offering a different perspective on the destructive actions of his villainous character.

Driver also questioned which side was the light and which was the dark in “Star Wars,” comparing both the First Order and the Resistance.

“You have two groups who are completely convinced and morally justified to do whatever it is. If it means blowing up a Death Star, which has so many families and people, even though they’re supposed to be bad, and on the opposite side Alderaan, a planet,” Driver said. “The idea that people think that they’re 100% convinced that they’re correct, I thought it was really interesting.”

Both actors agreed that the ideal blockbuster finds a sweet spot between entertainment and conveying a social message.

“That’s really a home run, if you can make a big, entertaining, action-packed movie that actually has some underlying social significance,” Shannon said.

Catch the whole interview on Variety’s “Actors on Actors” Season 5, presented by The Venetian Las Vegas, which debuts on PBS SoCal on Jan. 3. Click here to view the full interview.