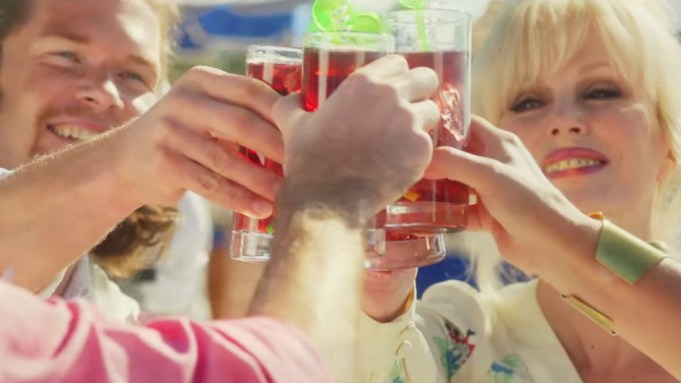 The first teaser for the upcoming “Absolutely Fabulous” movie promises plenty of cocktails, handsome men and the French Riviera for the iconic duo of Eddie and Patsy.

“Straight up on the rocks and always with a twist,” says the voiceover. “When you must have the best, be sure to choose something cool, something refreshing, something absolutely fabulous.”

The movie follows the women shopping, drinking and clubbing their way around London’s trendiest hot spots until they’re blamed for a major incident at a launch party, become entangled in a media storm and flee penniless to the Cote d’Azur.

Fox Searchlight’s “Absolutely Fabulous: The Movie” has not yet been set for release in the U.S.