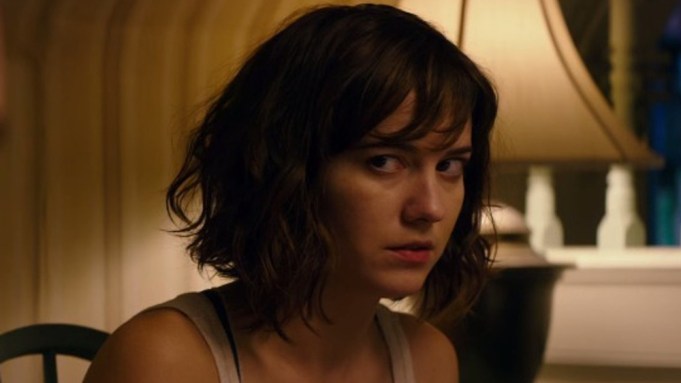 J.J. Abrams’ “10 Cloverfield Lane” has been shrouded in mystery — and the first official trailer for the movie, which dropped during Super Bowl 50, didn’t answer many questions.

The Abrams-produced film stars John Goodman, Mary Elizabeth Winstead and John Gallagher Jr., which is pretty much all that’s been released. A plot synopsis has yet to be announced.

“10 Cloverfield Lane” got its first look last month. A teaser showed Goodman, Winstead and Gallagher Jr. in a normal suburban household until something disturbs the peace. It’s unclear what that “something” is.

The marketing campaign for 2008’s “Cloverfield,” also produced by Abrams, was similarly secretive. The beast that appeared in the movie was teased for months, not revealed until the movie’s actual release.

Dan Trachtenberg directs the new movie from a screenplay by Josh Campbell and Matt Stuecken.