Is Justin Timberlake’s ‘Can’t Stop the Feeling’ the Next ‘Happy’? 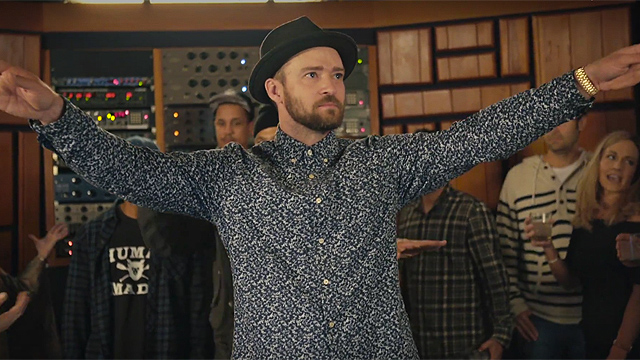 I was lucky enough to hear Justin Timberlake’s “Can’t Stop the Feeling” from the upcoming DreamWorks Animation release “Trolls” earlier this week at a visit to the studio’s Glendale campus, which included an early peek at some sections of the film. My head started bobbing, my foot began tapping — it was obvious: this was an earworm sure to take off this summer.

As the closing credits track on the film, however, it could also take off on a level similar to Pharrell Williams’ “Happy” from “Despicable Me 2” in 2013. Early on in the awards season that year, it was clear Williams’ jam was a catchy pop culture hit. But when Universal began pitching it for Oscar consideration, mailing 45s out to press and setting up live events, I admit I sort of scoffed.

Boy was I wrong. (“Happy” may have even given eventual winner “Let It Go” a run for its money.)

It’s notable that Timberlake doesn’t only offer this peppy tune and a lead voice performance on “Trolls.” He also serves as the Executive Music Producer, contributing another three original songs to the album and working closely with the rest of the actors on performances. “He has cast his producing magic on most of the tracks,” producer Gina Shay says.

Covers of songs like Simon & Garfunkel’s “Sounds of Silence” and Cyndi Lauper’s “True Colors” are also featured (the latter a duet between Timberlake and co-star Anna Kendrick).

The version of “Can’t Stop the Feeling” in the film will feature all of the characters singing along with him.

So this could be an original song Oscar player in the making. And make no mistake, whoever is tapped to produce the 89th Academy Awards would be thrilled at the prospect of Timberlake performing on the show. The promotion of popular acts can be a ratings boost for a telecast that is constantly craving more viewership.

Whether the film itself can crack what already appears to be a very tight animated feature race remains to be seen, but the technology used to create the look and textures of the film — as evidenced already by footage screened at CinemaCon in April — yields a vibrant and unique aesthetic that is sure to impress animators.

You can bob your head to “Can’t Stop the Feeling,” which dropped at midnight ET, via the music video above. It features other cast members such as Kendrick, James Corden, Kunal Nayyar, Gwen Stefani and Ron Funches.