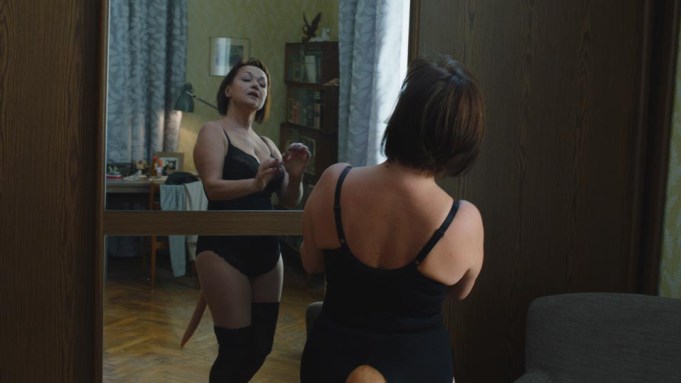 Variety has been given exclusive access to the trailer for Russian filmmaker Ivan Tverdovsky’s “Zoology,” which has its international premiere in competition at the Karlovy Vary Film Festival. Tverdovsky’s debut “Corrections Class” won more than 35 prizes, including Karlovy Vary’s East of the West Award.

“Zoology,” Tverdovsky’s second feature, was showcased as a work-in-progress at the Paris Co-Production Village and Les Arcs last year, and premiered at the Kinotavr Open Russian Film Festival in Sochi, Russia, where it won best actress and the critics’ prize.

The pic centers on middle-aged zoo worker Natasha, who lives with her mother in a coastal town. As she struggles for independence, she has to endure the gossip spread by the women around her. It seems that life has no surprises for her — until, one day, she grows a tail.