Rufus Norris on Moving ‘London Road’ From Stage to Screen 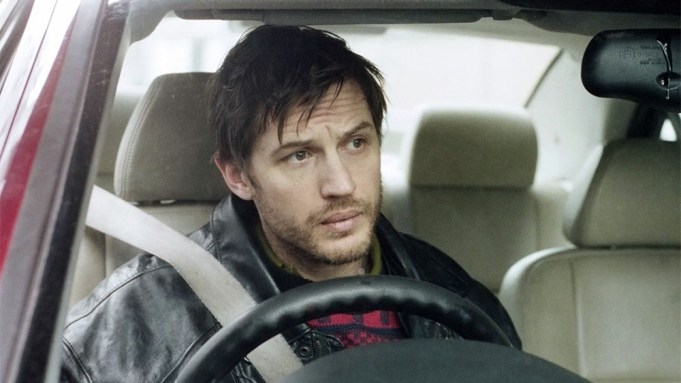 Rufus Norris is a prominent and influential figure in the British stage scene, and one of an increasing number of London-based stage directors who are carving out a place for themselves in the movie business. Other members of this crossover coterie include Sam Mendes and Stephen Daldry, who have been recently joined by Michael Grandage with “Genius” and Benedict Andrews with “Una.”

Norris, who is director of the prestigious National Theater in London, made his movie debut with coming-of-age drama “Broken” in 2012. He has followed that with serial-killer musical “London Road,” which was released recently in the U.S. The film, starring Tom Hardy and Olivia Colman, is adapted from the 2011 National Theater stage play, also directed by Norris. It is one of the latest in a trickle of London stage plays re-emerging as films, such as “War Horse” and “Una,” based on “Blackbird,” with “The Curious Incident of the Dog in the Nighttime” among upcoming examples.

“If you’re lucky as a director [because you are not the creative source] you get the opportunity to work on material that is completely unique two or three times in your career, and ‘London Road’ certainly was one of those for me,” Norris tells Variety. “When the audience responded as we hoped they would, I did think I’m not going to let this one go until any future life has been properly explored.”

“London Road” investigates the effect that the 2006 real-life murders of five prostitutes in Ipswich, a small town in Eastern England, had on the lives of the residents of the street where they worked. It is the story of “a community that heals itself,” Norris says. Playwright Alecky Blythe interviewed the residents and put their verbatim testimony to music, composed by Adam Cork.

The adaptation to film required major changes. The play had 11 actors who played the central characters, the residents, and then the same actors played 75 or so different people. “You can deal with the multi-protagonist nature of the piece within a theatrical contex. On a film you can’t — we tried it, and we felt it didn’t work at all,” Norris says. “So the whole construction of it needed to be rethought.” The order in which the story was told was changed; songs were added and taken away; and the focus is clearly placed on just four or five central residents.

Norris resisted the temptation to open up the action. “I drew a picture of the road during script development and said to the writer [Blythe] and script consultant [Moira Buffini], ‘I think every single scene has got to relate to the road.’” He cites as an example the scene with Mark, the taxi driver (Hardy), in his cab with another resident of the street, Jan (Clare Burt). It’s a pivotal scene in the film, leading to Jan’s decision to leave the street. The words Hardy speaks were in reality those of a customer in a pub, and the other resident wasn’t there. “We kept exactly to what he said, so we stuck to the strict rules of the verbatim, but we put it into a context that meant that it was supporting the story of the central resident,” Norris says.

“We had to completely redefine and restructure the script,” he says, adding that the adaptation “was a big piece of work…You’ve really got to make it fit the medium you are moving it to.”

Norris observes that, if the story is strong enough, the use of verbatim testimony is “immensely powerful because you can’t argue with it and you can’t disbelieve it. That’s what people said and it is exactly how they said it.”

He adds: “There’s something very humane when you hear somebody speaking in exactly the way that people do speak rather than the more eloquent, witty or dramatic way that people speak in drama or films. That is very arresting, and there is a deep connection that we have with that, which is why people have responded to it.

“What we are challenged with in ‘London Road’ is by making it musical. But even then the same thing applies because Adam Cork has so skillfully replicated the natural musical cadence of the way that people speak. I do think once your ear becomes attuned to it there is an incredible connection with that material, which is very powerful.”

Norris’ role as director of the National Theater will prevent him from making another film for three or four years, he says, but the crossover between the worlds of stage and screen in London continue. However, there remain “very fundamental differences” between the two. In film, “you have to tell the story visually, and in Britain the writer is still the dominant artist. That is shifting slightly, and I’m not sure if that is a good thing or not. I think the literary tradition here [in the U.K.] is very powerful.”