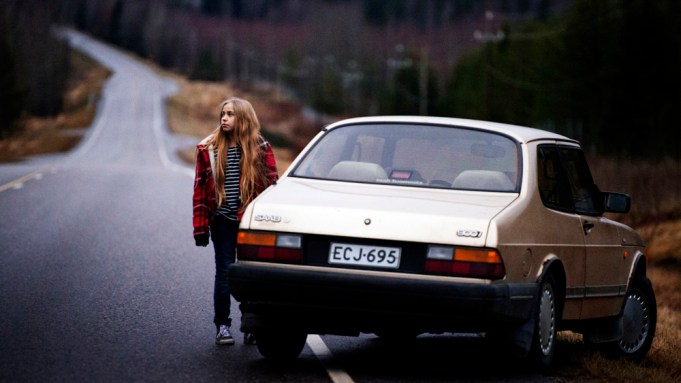 The family drama, starring Finnish pop star Paula Vesala and 13-year-old breakout talent Linnea Skog, will be part of the Discovery program, which spotlights emerging directors to watch from around the world.

Vilhunen, whose short “Do I Have to Take Care of Everything?” was nominated for an Academy Award in 2014, describes the movie as an intense emotional journey and a “deeply personal film.” “Lots of the emotions that I put into the story are things I’ve gone through,” she says.

In “Little Wing,” newcomer Skog plays the precocious daughter of a single mother who’s struggling to keep the family together. One day, she decides to set off across the country in search of her estranged father, a heartbreaking but ultimately hopeful journey told through the young girl’s eyes.

It’s an eye-opening performance from Skog, who makes her feature debut. Vilhunen says that when she viewed the young actress’ audition tape, it was “love at first sight.”

The real-life chemistry between Skog and Vesala – an accomplished actress, playwright and musician whom Vilhunen calls “Finland’s biggest triple threat” – informs the complicated bond between their onscreen counterparts, whose roles as mother and daughter are frequently blurred as they rely on each other for emotional support. Vilhunen says that chemistry came about after weeks that Skog and Vesala spent together both on and off the set, allowing the actresses to achieve the “closeness that a real mother and daughter would have.”

Two powerful female leads should come as no surprise from Vilhunen, who was raised by a single mother and who wrote and directed “Little Wing,” her fiction feature debut. She says the female-driven movie comes against a backdrop of broader efforts to shake up the Finnish film industry, which is trying to follow on the heels of successful initiatives in neighboring Norway and Sweden to close the gender gap.

“The discussion has gotten stronger and stronger,” she says. “I’m hoping for some more concrete actions to take place.”