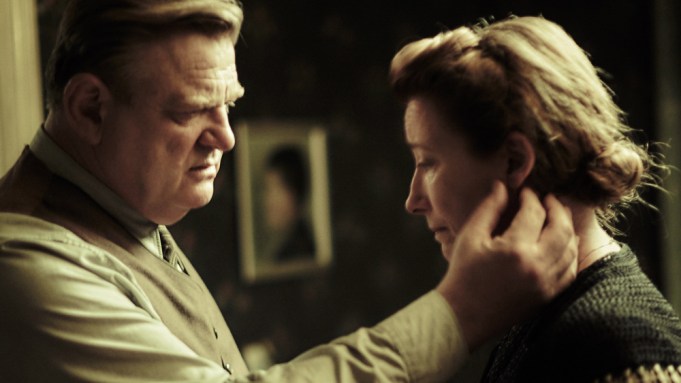 Variety has been given exclusive access to the first clip from Berlin Film Festival competition entry “Alone in Berlin.” Vincent Perez’s film, which is being handled in international markets by Alison Thompson and Mark Gooder’s Cornerstone Films, stars Emma Thompson, Brendan Gleeson and Daniel Brühl.

The pic is adapted from Hans Fallada’s novel, which was described by Primo Levi as “the greatest book ever written about German resistance to the Nazis.” It is based on a true story.

Living in Berlin in 1940, Otto and Anna Quangel are a working-class couple living in a shabby apartment block trying, like everyone else, to stay out of trouble under Nazi rule. But when their only child is killed fighting at the front, their loss propels them into an extraordinary act of resistance. They start to drop anonymous postcards all over the city attacking Hitler and his regime. If caught, it means certain execution.

Soon their campaign comes to the attention of the Gestapo inspector, Escherich, and a murderous game of cat-and-mouse begins. But the game serves only to strengthen Otto and Anna’s sense of purpose, and slowly their drab lives and marriage are transformed as they unite in their quiet but profound rebellion.