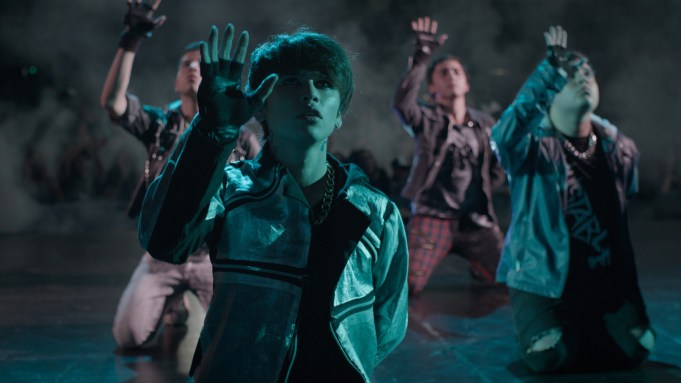 Fernando Guzzoni’s fiction debut “Dog Flesh,” a portrait of a former torturer under Augusto Pinochet, won San Sebastian’s New Directors Prize in 2012, establishing Chile’s Guzzoni as a director to track from maybe the most-talked up of Latin American filmmaking nations.

Now Guzzoni is back, with “Jesus,” which world premieres in Toronto’s Discovery section, then segues to a competition berth at San Sebastian. An unsettling drama-thriller plumbing the anomie of much modern-day youth and Chile’s generational disconnect, “Jesus” now has an international trailer.

The movie’s Chilean context sometimes gives it a singularity as well as an extra grounding to the broken father-son relationship, which lies at the film’s emotional core. Otherwise, “Jesus” could pretty well happen in many parts of the world, Constanza Arena head of Cinemachile promo board, has observed. That in a way makes its observations all the more disturbing. Its themes – the generational gulf, the aimlessness and disaffection of the young – play out in other memorable movies at Toronto and San Sebastian this year as a new generation of filmmakers seek to capture and understand what looks like a building breakdown in core social values.

An 18-year-old high-school student, Jesus’ life seems rudderless in Guzzoni’s film. He dances in a school K-pop band, does drugs with his friends, watches narco execution snuff movies, has sex with a girl in a park – anything for an adrenaline rush.

Crucially, Jesus’s mother is dead, and his father, Hector, often out of the house for work. Even when he is at home, they hardly talk to each other. One night, just for a lark it seems, Jesus and his friends beat the hell out of a young guy in a park, leaving him for dead. Appalled he’ll be found out, Jesus turns to his estranged father for help.

Guzzoni set out to write a film about a dysfunctional father-son relationship,” he told Variety in 2013. “In a Lacanian sense,” fathers work “as entries into society” who “set the rules, give you identity,” he commented to fellow filmmaker Roberto Dover’s in a more recent interview.

But in a world of youth unemployment and new economies alien to parents’ understanding, it’s questionable how far that role can now function.

Growing up under Pinochet’s dictatorship, Hector “carries an internalised repression” and has a “life-moral that refers to work.” Jesus’ world, in large contrast, “is hyper-globalized, hyper-sexualized and, at the same time, non-ideological,” Guzzoni told Doveris.

In such a distanced world, the drama of “Jesus” takes on a thriller edge as the son turns to his father for help. One question is whether the police will identify Jesus. Another, the extent and manner in which his father will seek to protect him, if at all. Lensed by ace Uruguayan cinematographer Barbara Alvarez (“The Second Mother”), “Jesus” is lead-produced by Jacques Bidou and Marianne Dumoulin’s Paris-based JBA Production and Giancarlo Nasi’s QuijoteRampante Films in Santiago de Chile.

Nicolas Duran , seen in Nicolas Lopez’s 2016 Chilean blockbuster “No Filter,” plays Jesus; Alejandro Goic, co-star of Pablo Larrain’s “The Club,” and star of Guzzoni’s “Dog Flesh,” lies a father “who thinks that being a parent is to be stern and authoritarian,” Guzzoni told Variety.